Amateur radio communication has been around for more than 130 years. Learning to communicate using radio waves is fascinating, and the community of amateur radio operators is friendly and welcoming. This fun, interactive hobby can last a lifetime.

Amateur radio operators use radio frequency to transmit voice, text, image, and data communications. A radio wave is generated by a transmitter and picked up by a receiver. This system allows the average citizen to communicate across the club, community, country, or world. About three million amateur radio operators across the world use this skill daily. The
United States has more than 700,000 licensed operators, so there are plenty of folks who are willing to listen!

Radio waves were discovered in 1888 by Heinrich Rudolf Hertz. Communicating with radio waves evolved and by the beginning of the 1900s, the system we use today was developed. A measurement of a sound wave frequency, or hertz, is named after him. 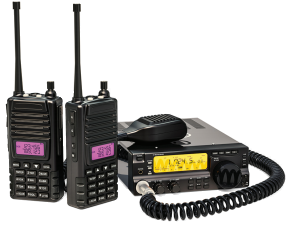 Ham operators are frequently involved in transmitting information during local and national disasters. Natural disaster organizations such as the Federal Emergency Management Agency (FEMA), American Red Cross, and Salvation Army provide reliable communications during these times. Ham operators can quickly spread information to those who need it. For example, let’s say a region is affected by a hurricane. Traditional communication lines are down, and people cannot communicate as they regularly would. Ham operators, however, can receive and transmit vital information directly through air waves. They don’t depend on being part of a network the way cell phones and the internet do.

All operators must pass a test to earn a federal license governed by the Federal Communications
Commission (FCC). This test ensures that operators have a basic understanding of electricity, operating rules, and how to use the equipment. License requirements for operating amateur radio vary from country to country. Operators can use voice, text, pictures, and data communication methods. The most common method, however, is voice transmission over the frequency modulation (FM), or the FM radio band. 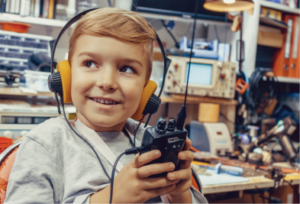